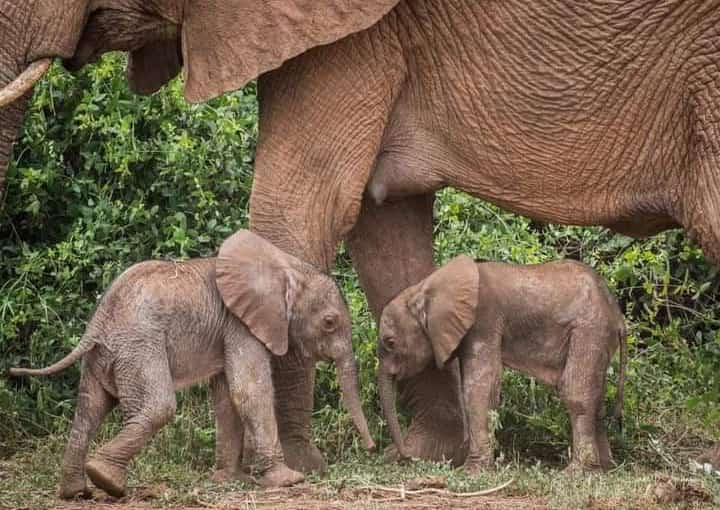 According to the History and Records of the Kenya Wildlife service , It is very  rare to find an Elephant which gave birth to twins . In the year 2018 , one of the elephants (37years old ) in Amboseli National park at the slopes of Mt.Kilimanjaro in Kenya  gave birth to twins  (male and female ).

In the year 2022 Mid January , an elephant in Samburu National Reserve game birth to twins . The elephants were able to stand and make steps with 20minutes  after being born .

The Gestation period of an elephant is around 2 years . Elephants usually have one baby at a time , but now this two brought change in Kenya Africa . Elephants gives birth at around 4-5years and their  pregnancies last for around two years .

Although the elephant can live 60 – 70years , they only have about 4 – 5 babies during their life span .